The Iraq Foundation (IF) is excited to share our successes and accomplishments covering activities from January - March 2014.    We are pleased to announce that Ms. Selwa Gailani became Executive Director of the Iraq Foundation on March 10.    We also are continuing our support for the National Youth Orchestra of Iraq in their American debut! Please consider supporting the "world's bravest orchestra."   Due in part to the efforts of our PEACE National Coalition and Task Force, the Iraqi government declared on February 6 that they will launch a National Action Plan to implement UN Security Council Resolution 1325. This resolution which reaffirms the role of women in prevention and resolution of conflicts and sustainable peace-building. Iraq is now the first country in the Middle East and North Africa region to launch such an action plan!
Through the WIES project, IF held a marketing strategy training, provided internship placements and connected 42 women to grants or loans!

IF held a communication strategy workshop and stakeholders meeting as part of our Hewar Initiative to Enhance Judicial Transparency, which works closely with the High Judicial Council!

IF held a preparatory meeting for the TABEIR Training of Trainers.

To learn more about activities mentioned above, read more!   As always, please do not hesitate to contact us should you have any questions about our projects or activities.
Tara Dewan-Czarnecki  Development & Communication Coordinator Iraq Foundation  Ms. Selwa Gailani takes over as Executive Director!    In recognition of her outstanding leadership and proven capabilities demonstrated over the past 9 years serving as the Deputy Director of the Iraq Foundation (IF), we are pleased to announce that Ms. Selwa Gailani will take over the position of Executive Director effective March 10. Ms. Rend Al-Rahim will serve as the President of the Iraq Foundation and as such, will continue to represent IF and have overall responsibility for the institution's performance and management.   Iraq Foundation Supports National Youth Orchestra of Iraq 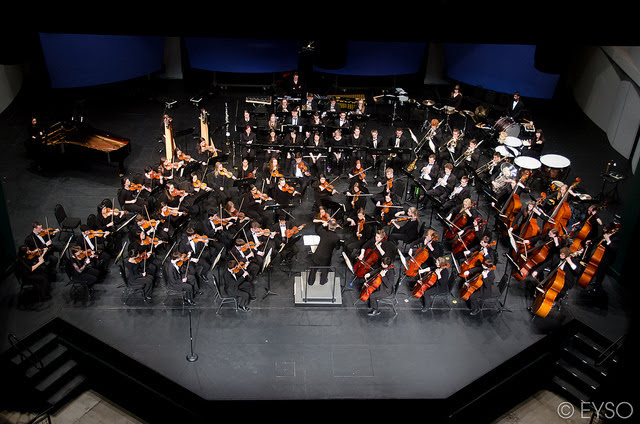 The Iraq Foundation is excited to support the National Youth Orchestra of Iraq on their upcoming US study trip and tour.  The Orchestra was founded in Suleymaniyah in 2009, by 17 year old Baghdad based pianist Zuhal Sultan with the goal to bring together young Kurds and Arabs by offering a program of peace through music. The orchestra operates a 3 week summer camp once a year, leading to performances. Orchestra members are between the ages of 18 and 29 and they are all Iraqis living in Iraq with Iraqi passports. Every year, players are auditioned by youtube and the best young Iraqi musicians are selected for the orchestra.

Since 2011, they have also invited 16 players from the National Youth Orchestras of Germany, France and Scotland to play with them. This exposes the players to young musicians from other cultures, so they can learn and develop music education in Iraq. The guest players also learn about Iraq's diverse cultures. The orchestra has also just recently established an NGO in Baghdad.
This year, 44 musicians have been selected. They will arrive in the US in late July and spend 3 weeks in Chicago, working with 14 supporting players from the Elgin Youth Symphony Orchestra in Chicago. The orchestra will then perform in Chicago and travel to DC for several days of discussion and performances.

We hope you will consider donating to support the Orchestra's American debut! You may also donate to the Friends of the British Council.
Visit the NYOI Website! Visit the NYOI Youtube Channel!   Iraqi Government Announces National Action Plan on UNSCR 1325!

The PEACE national coalition continued their efforts to publish and disseminate the National Charter through local print and social media.

The Task Force worked closely with government officials and international workers on the first recommendation, which encourages the government to make a workplan to implement 1325. The government declared onFebruary 6 that they will be launching the National Action Plan on UN Security Council Resolution 1325 (2014-2018)! Iraq became the first country in the Middle East and North Africa Region to launch such a program. The Task force member are continuing their efforts to implement the other 9 recommendations of the National Charter which aim to empower and ending violence against women in Iraq.   Other PEACE news:    Read more about PEACE... Read more about Legal Clinics... Read More about Task Force Meeting...   Former Iraqi soccer team captain assists women heads of households in WIES!

On January 17-22, IF held a Communication Strategy workshop with the High Judicial Council (HJC) and Strategic Communications Consultancy (S2C) in Sulaimaniya. The meeting discussed:  On March 25-26, IF convened the first stakeholders meeting in Baghdad with partner NGOs, the HJC, lawyers from the Iraqi Bar Association, media representatives and one official from the Ministry of Human Rights. At this meeting, participants discussed and provided recommendations on the draft communication strategy of the HJC.    Participants discussed the need to raise awareness among citizens about laws through distributing booklets, presenting plays and public service announcements. They also discussed the need for greater cooperation among the HJC, media, other justice groups and civil society as well as positive developments in the HJC's Website, that occurred as a result of the Communication Strategy Workshop. See pictures of Hewar Jan - March Activities... Read more about Hewar...   IF Holds Meeting in preparation for TABEIR Training of Trainers!

On March 15, IF held the first periodical meeting for the TABEIR project at IF headquarters in Baghdad. The meeting resulted in the identification of the training topics which will be provided by partner, International Center for Journalists along with agreeing on implementation strategy to carry on project activities.

IF successfully held 4 Round tables in February and March 2014. The meetings were attended by representatives  from political parties, media, civil society organizations, Iraqi Council of Representatives staff along with the Parliamentarians. The meetings provided the interns with the opportunity to present their information on their research topics sparking discussion among Parliamentarians!

IF and our partner NGO conducted the 3-day orientation training March 1-3, 2014. The topics were selected by the interns based on their needs and the topics covered included: strategic planning, advocacy, women participation in political life, creative thinking, need assessment, leading media campaign.
Read more about the 3-day orientation... Read more about the Roundtables... Read more about PIP...
Read 1749 times
Tweet
Published in NGOs Activities
More in this category: « PAX - Kulluna Muwatinun, We are all Citizens Program MAG - 'Nobody could tell the difference between us - but now one of us has one leg and one of us has two' »
back to top