Within KCRO continuing activities of continuing and supporting to women's rights and issues of violence against women, KCRO and an its alliance Gav Organization and with the support of Directorate of Non-governmental organizations in the Kurdistan Region implemented a project of violence toward healing spaces in Duhok governorate and its districts where the project consisted of delivering sessions and workshops for several regions and districts in Dohuk and to different categories of women and young people , academics and medias , as well as broadcasting live TV debates with women activists to know the reality of women's rights in KRG in general and particularly in Dohuk and also discuss the issue of violence against women. Also during the sessions and workshops many topics were discussed like gender based violence , case management and the referral pathways system.

Kurdistan Civil Rights Organization attended in the coordination meeting in Erbil which is organizaed by UNDP to CSOs to shed lights on local NGOs work in the region and the role of international NGOs on performing projects. 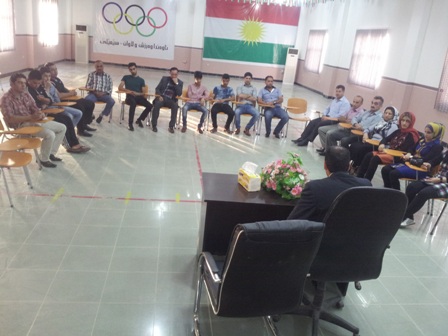