Anbar Re-Emerges from the Collective Subconscious

It was not long ago when aid agencies, governments and the media were referring to the uncoiling conflict in Iraq as the ‘Anbar crisis’, a term that when now heard may awaken distant memories of events that less than six months ago were the unrivalled focus of international media attention. The falling of Iraq’s second largest city, Mosul, to Islamic militants and their later arrival at the doorstep of the northern Kurdish safe-haven, Erbil, grabbed the interest of onlookers all over the world. Anbar faded into the distant subconscious of the international community, which up until very recently has only ever reappeared in the form of sporadic recollections of its existence and forgotten anguish.

According to official figures released by the International Office for Migration (IOM), Anbar is home to the second largest number of internally displaced people (an estimated 400,000) of any province in Iraq, an undesirable statistic surpassed only by Dohuk. The latest militant advance into the area of Heet is particularly catastrophic since it was housing in excess of 100,000 afflicted people that had already relocated from other areas of Anbar in search of peace and security. Local aid agency reports released back in April detailed the severe breakdown in public services, including healthcare, and the deterioration of civil society across the province. Six months on, displaced families are still taking shelter in places of worship, hospitals, abandoned buildings and schools. These same families are still in huge need of the most basic of relief items, including food, water and medication. They are also still battling with the extortionately pricing of daily goods, which the local authorities have little capacity or authority to be able to control.
As of the start of October, it was reported by the UN Office for the Coordination of Humanitarian Affairs (OCHA) that displaced individuals are residing in a total of 435 schools in Anbar governorate, not to mention the educational facilities that are occupied by armed militants. Around two thirds of the (1.6 million) population in Anbar are classified as being in need, which is the highest of any Iraqi province. Despite such catastrophic circumstances, an analytical report released in early October by NCCI/SNAP shows that Anbar has the lowest amount of funding per displaced person of any of the afflicted Iraqi provinces (3 USD per IDP). This is in vast contrast with the funding situation in the first quarter of 2014, when a Strategic Response Plan (SRP) was put together, specifically to address the needs of afflicted populations as a result of the militant takeover of Fallujah and Ramadi.
The most recent version of the same SRP, revised in September, focuses heavily upon displacement figures in the northern Kurdish region and fails to adequately address the situation in the remainder of Iraq. The Kurdish Regional Government (KRG) is hosting large numbers of displaced individuals without any financial support from the central Iraqi government, but this could also be said for Anbar and other provinces that are majority-controlled by militants and subsequently have not received their usual cut of the centralised annual budget.
It is logical that the humanitarian focus is placed upon the accessible northern Kurdish regional provinces, since they host the largest percentage (43 percent) of the collective internally-displaced population in Iraq. However the prolonged reprioritisation of the humanitarian response in Anbar, and to some extent other provinces in central and southern Iraq, should have followed a detailed assessment and evaluation of comparative needs with displaced populations in other provinces. Any deprioritisation that has occurred reluctantly or even subconsciously due to challenges concerning constrained humanitarian access and poor security is potentially understandable but certainly disappointing. If true, questions must then be asked to why the humanitarian imperative was not dominant in any such planning and decision making.
There remains an urgent need for an ‘Immediate Response Plan’, inspired by that released by the UN and the KRG to address challenges specifically in the Kurdish region, but which addresses the rest of Iraq. This plan will need to respond to key questions raised in an NCCI Emergency Report in October, centred on how to speed up and scale up the nationwide humanitarian response. More specifically, such planning must lay out how aid agencies can overcome the challenges that have up until now prevented a comprehensive and coordinated aid response from being implemented in conflict zones. Displaced families from these areas inside Anbar are in desperate need of aid but every direction from which they seek to flee appears to be a dead end. The entire province is now almost completely closed off with no clear way of exiting for those fleeing violence. There are also question marks being continually raised about why there remains a critical lack of temporary accommodation in Anbar, with no immediate move towards the development of camps.
Recent events that have taken place in Heet, marked by a significant militant advance into large areas of the district, have resulted in the displacement of an estimated 34,000 people, according to the latest OCHA flash report. Previous reports had indicated significantly higher figures, with as many as 180,000 being displaced. This would constitute around 75 percent of Heet’s population, many of whom had already been displaced multiple times due to the dynamic nature of the conflict inside Anbar. Whatever the correct statistic, the resulting media reports emanating from this grief-stricken province will hopefully suffice in reactivating the collective subconscious and reminding people of the protracted suffering of some of Iraq’s most vulnerable populations that reside in Anbar and other areas far beyond the borders of the northern Kurdish provinces of the country.
Published in NCCI's Opinion Editorial
Read more...
10 Jun 2014
0 comment 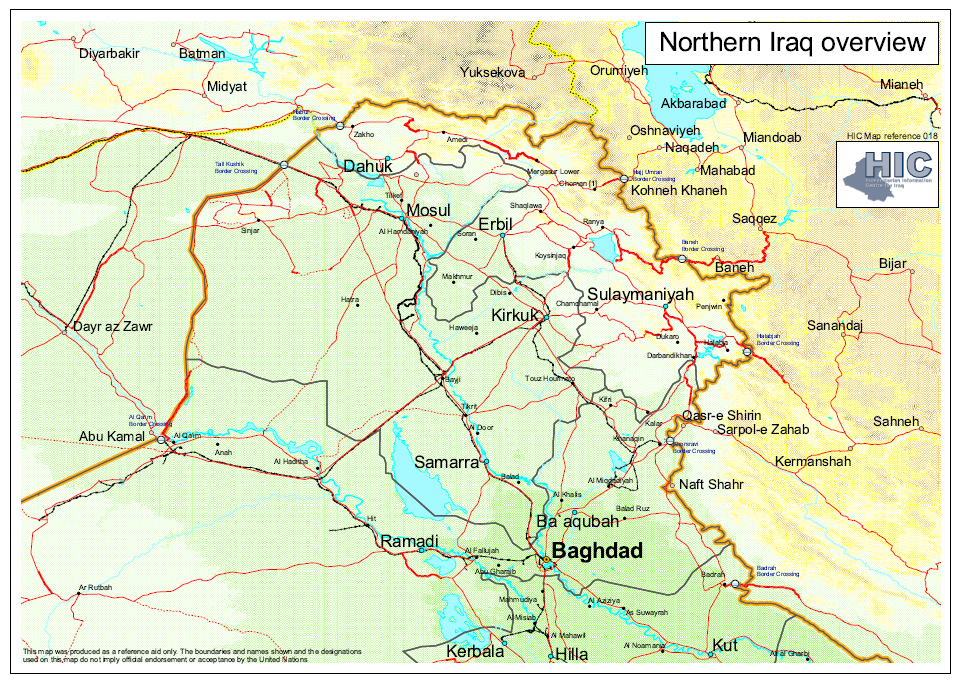